Showing posts from November, 2020
Show All

Know the Novel - Part Two: Within the WIP {A Writers Linkup} 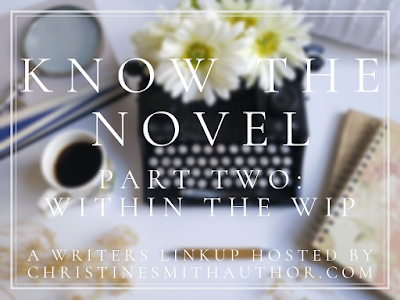 Wow, I didn't noticed that I had been writing "Know Your Novel" instead of "Know the Novel". Cool. I also have been absent longer than I had planned for. It looks like there will be only one post this month. It's funny. I wasn't even that  busy or anything. I tried to write a post that was a monster to write, but then I burnt out and gave up for a week or two. Then I wrote another post that won't be out until early December. Hence why one post this month. But, the one post here is the amazing part 2 of the Writers Linkup! I'm sure that you guys have been eager for this one to appear. 😉 So let's jump into this! 1. How's the writing going overall? It is going slow, but it's also going good. Most days sitting down and writing it have been fulfilling. It's just that I haven't been writing this story consistently (skipping many days) so that's why it is going slow.  2. What's been the most fun aspect about writing this nov
12 comments
Read more
More posts